Singapore’s numerous hawker centers and stalls never failed in luring hungry customers with their cheap yet tasty meal items. They offer food items which reflect the rich heritage of the city-state itself — with all of its Chinese, Malaysian, and Indo influences. Embedded in these local food choices is the answer as to why Singaporean cuisine is considered a melting pot of different foreign flavors.

Locals and tourists alike enjoy the variety of food items they are offered with. Some dishes were able to withstand time, passed on from one generation to another as we grew up eating it; and to enjoy what Singapore truly has to offer, trying out local authentic cuisine is one thing tourists have off their to-do list during their visit. 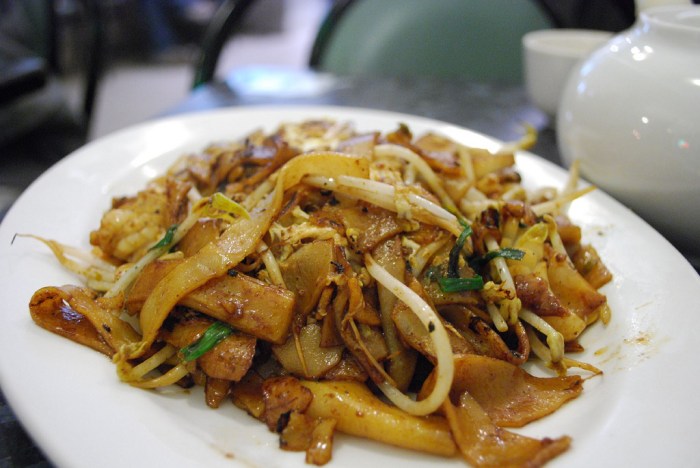 Char Kway Teow
Char kway teow literally translates to fried rice cake strips, giving off the idea that this signature noodle dish is primarily made out of flat rice noodles. It is added with sweet dark sauce and stir-fried with rich ingredients such as pork lard, Chinese sausages, fish cake, and egg. The meal is laden with high fat content because it was what laborers in the past used to eat as a cheap energy source.

Popiah
Popiah, which is a paper-like wheat crepe, is used to roll up a variety of ingredients similar to that of a Burrito roll. Common fillings of a popiah roll include boiled eggs, small prawns, sausages, bean sprouts, lettuce, along with turnip and carrot strips. It is then lathered with a sweet sauce called Hoisin before it is served to eager customers. 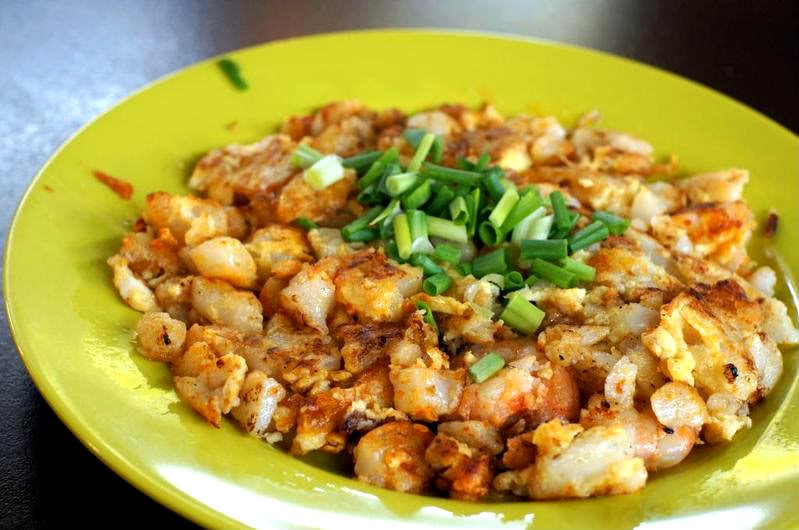 Fried Carrot Cake
This fried carrot cake is composed of radish flour cake, eggs, and chai poh (a form of preserved radish). The white radish flour cake is notably like a ‘white carrot’, hence is why the name is attributed after it despite the absence of carrot in the dish. Fried carrot cake is also popular in neighboring countries such as Malaysia. It is usually served all chopped up with the addition of radish cake cube slices.

Bak Kut Teh
Also known as meat bone tea, this dish has been popular throughout Singapore tracing back to its early days of being a developing country. Bak kut teh is revered by many as a humble, simple dish — the perfect soup to accompany their cold nights with. Pork bones are boiled together with flavorful spices such as pepper and star anise, with the soup’s color resembling the color of tea hence the name. You can also choose to add pork ribs meat slices in your soup, as well. 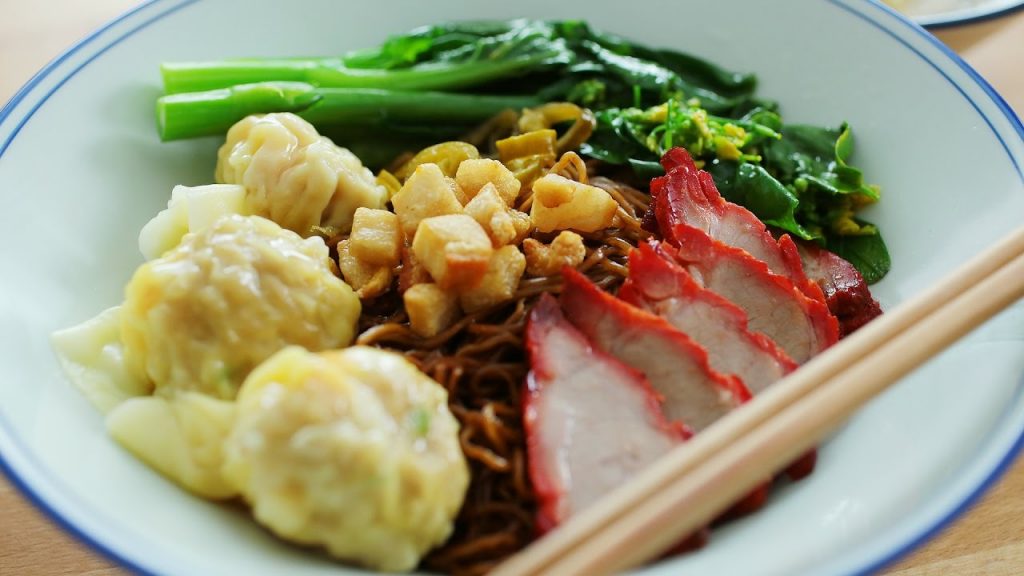 Wanton Mee
Though greatly influenced by traditional Hong Kong cuisine, Singapore’s wanton noodles is considered a ‘drier’ version. This savory meal is drenched with sweet sauce along with pork char siew slices and wanton dumplings. Most stalls also offer a complimentary bowl of soup. You can either have the wanton noodles spicy or not, with the former choice adding chili to your dish and the latter mixing tomato sauce into the noodles.