Gone are the days when companies focus on labor-intensive production and manufacturing excellence was the important factor to attaining success. In the recent years, companies had a ‘value shift’ and are taking a bigger slice out of the profit pie by switching from manufacturing to improving their design, marketing and distribution efforts, and providing better service to their  consumers. 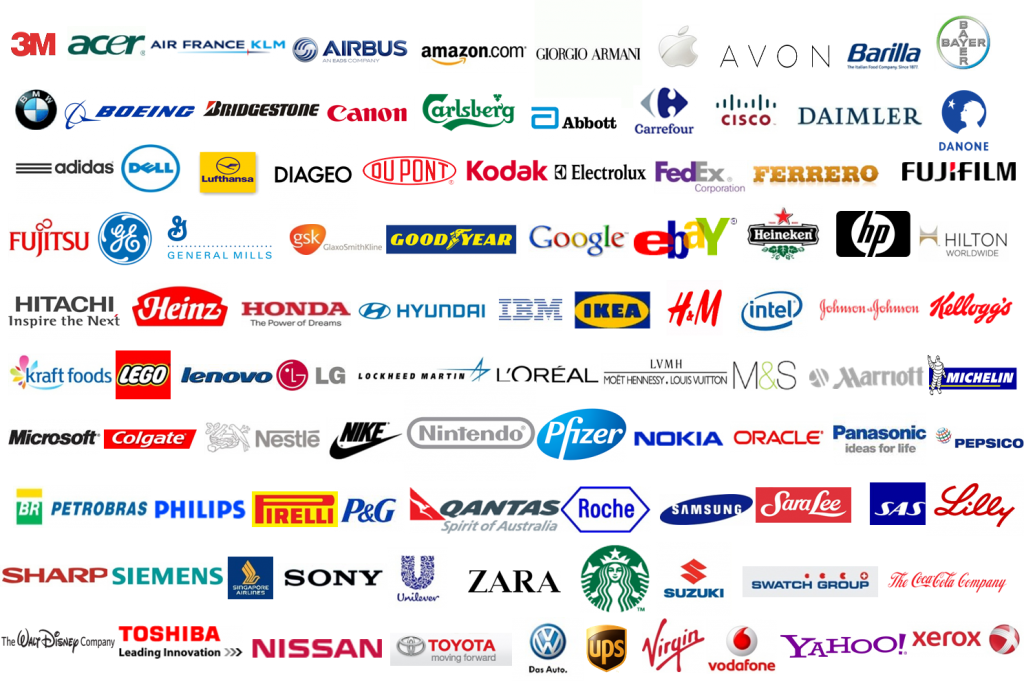 Manufacturing has hence been reduced to being products of commerce with low margin of  profit, and has shifted to Asia where China transforms into the largest manufacturer in the world- - producing 70 per cent of the world’s toys, 60 per cent of bicycles, 50 per cent of shoes and  microwave ovens, and one-third of appliances like television sets and air conditioners

Besides Japan and Korea, many Asian companies have not concentrate enough on long-term efforts such as innovation and Research and Development (R&D), but on short-term efforts such as manufacturing. These companies had, instead of promoting a long-term brand-building mentality, built a short-term sales-oriented mindset by holding firm to their strategy of trading with an accompanying concentration of attention on high turnover and low margins of profit

Furthermore, there seems to be a general unwillingness among Asian companies to invest in learning the strategies required to be successful in their branding efforts. All these reasons  contributed to reasons why most Asia companies still experience low-margin profit.

That said, Asian companies are, however, beginning to learn from their Japan and Korea counterparts and are starting on efforts to move out of mere contract manufacturing and into  brand ownership. These shift is not smooth-sailing; new companies face tough competition than before from existing brands and hence difficulty to grab the consumers’ attention from the many  product choices already available. This would spell lesser time available for these companies to move their way up.
Singapore Real Estate Investors Wooed by Malaysian Property Incorporated
By admin | Filled under: Real Estate

In a bid to get more Singaporeans to purchase property in its country, a Malaysian government-linked firm, Malaysian Property Incorporated, recently set up its first office in Singapore. The office is its first in the region, and operates as a showroom as well. Choosing Singapore as a launch pad, they aim to improve Malaysia as an investment destination amongst locals and foreigners. In its showroom, they will be showcasing upcoming projects from Malaysian developers.

Speaking to the press, the Chairman of Malaysia Property Incorporated, Thong Yaw Hong, said that Singapore is a strategic location to showcase Malaysian real estate projects. Singapore is a country where many tourists and travelers cross roads, as well as high net worth individuals who want to invest in properties and real estate in Malaysia.

At present, Kuala Lumpur, Johor Baru and Penang are popular spots for property purchases, with 90% of foreign investors choosing to purchase real estate there. Malaysia’s population growth is resulting in a housing demand, thus the company hopes to bring in more investors to invest in other parts of the country.

However, there are changing regulations that may cause some investors to think twice. Starting from January this year, only homes that are RM 500,000 and above, can be purchased by foreigners. The previous amount was RM 250,000. The average value of a home in Johor Bahru, a two-storey terraced house, costs between S$250,000 to S$270,000, about half a million ringgit. Thus, there are few issues on those regulations.

Recently, Singapore has imposed property cooling measures, as with countries such as China as well. Thus, they forsee that Malaysia can become an attractive alternative for investors. The firm aims to open more regional offices, to aid their expansion plans.